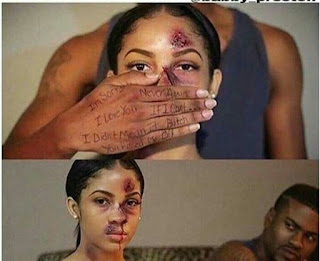 Hysterectomy! I was 15 when I first heard of this term.
A neighbor was just discharged from the hospital and as she got down from the car the atmosphere was filled with ‘welcome’ and ‘sorry’.
What happened to her? I asked my dad
“She had a hysterectomy” he replied
Meaning?
“Oh! It meant her womb was removed”
I kept quiet for a while before I proceeded to ask why her womb was removed. My father went further to explain that her husband beat her up and she was rushed to the emergency unit, unfortunately, it was either her life or her womb. Eh ya! I muttered trying to grasp the depth of the information l have just been given.

Now let me tell you about Madam Bread as she was popularly called.  She had 6 kids, all girls and the husband desperately wanted a male child.  Madam bread said she was done with child bearing, her husband wouldn’t want any of that. The neighbors whispered that was the cause of the endless slaps and kicks she received, which eventually turned into full blown beating.
”Men are like that o, the neighbors would advise if you don’t get a drunk, you get a cheat, and if he doesn’t do any of these two he beats you. My dear no marriage is perfect, would you want another woman to come take care of your kids? Please stay for their sake.”   And she did, even after her womb was sacrificed at the altar of domestic violence, enduring more slaps, kick and beatings. Today, you would see her with a black eye, tomorrow it will be her skin riddled with marks of belt and the next she would be limping from an injury.  ”Don’t worry advised the neighbors, keep praying, he will change someday. Nothing is impossible with God”. I swear she was living an impossible life.
“Madam Bread, why don’t you run away?” I asked one sunny day
Hahahaha….she laughed. “You won’t understand! Who wants a daughter thrown out of her Husband’s house”.  Again, I never understood this.
The straw that broke the camel’s back was when the man almost killed her one night. She ran away naked. The next morning, she came to pack her belongings with her kids when she was sure her husband had left for work.
She told no one where she was going to, she just disappeared and everyone breathed a fresh air
Days went into weeks then months.  Papa bread searched for his kids and wife but didn’t get a clue. Family of the bride refused to disclose her location. I saw him went from the monster that beats his wife to one who was withdrawn. I was a kid but I felt no pity for him.
Two weeks ago, I saw mama bread at the market, she hugged me first and said “ you’ve grown”
Yes! I have, it’s over a decade now. And for the very first time l asked her
“How are you?” as if she knew my thought, she replied “oh. I left him after l moved from the neighborhood
Gosh! She looked really beautiful.

New colleaque came in today and brought in her baby. Me l carried baby in a bid to make her comfy plus the little human  is all s... 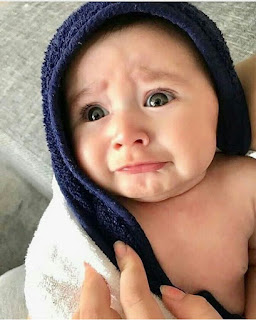