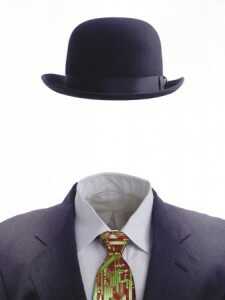 FGC Okigwe, Sometime in February 2000.
I was terrible at sports- I still am, but I loved Inter-house sports periods at FGC Okigwe. It was an opportunity for lazy students; like I was, to have others join us in the frivolities of life, without feeling guilty about being unserious. When everybody becomes unserious, unserious becomes serious.
The inter-house sports main event was usually preceded by weeks of tryouts and selection of athletes for the big event. Inter house sports heat periods in school were like sacred moments when miraculous things happened. Both senior and junior students, in the same house, shared emotions of joy and disappointment at their collective wins and losses- paying little attention to their class differences which was so important in a boarding house environment. Spectacularly talented and athletic junior students were temporarily allowed to rub shoulders with senior students from their house who were impressed with their accomplishments and then, most remarkably, on the main Inter- house sports day, even the ugliest of girls became temporarily fine- many thanks to hair gels, application of primary colors for facial make up and other accessories that they lavishly used on such occasions.


This was in my JSS 2, the heats were on and we were at the field along with lots of other students- spectators and participants alike. My best friend, Tobenna Osigwe, was presented as one of the representatives for our house, Peace House, in what I think should be 800meters junior boys’ race. Tobby was many things I wasn’t- he was assertive, strong willed, daring, outspoken and very athletic. I hung around Tobby for many reasons- he was funny, smart, neat, popular, a faithful friend and very importantly, he shared his provisions and beverages very generously with me-and he usually got a steady supply from his family at Nnewi! One other thing amongst many other unmentioned noble reasons was that, he supplied the much needed ‘liver’ to do some things that my introverted personality lacked.
I stood along with members of my house- boys and girls as they were about to start the race. Then, FGC Okigwe still had just four (4) houses. Representatives of the other three (3) - Wisdom, Unity and Honesty houses had come out and were on their marks. If I remember correctly, 800 meters meant they had to go round the considerably large field four (4) times or something like that- like I said, I hate sports; I couldn’t care less about such detail. As the race began, naturally, my focus was on my friend, I wanted him to win. As is common with such long races, the lead in the race changed as time progressed, working the spectators into such frenzy. As the race progressed, Tobby steadily began to take the lead as they neared the last lap, eventually he put a good distance between him and the other runners. Peace house members went wild with excitement, cheering him as he sped towards the finish line, with determination written all over his contorted, sweaty face. My focus soon shifted from my friend to the cheering members of our house- the girls especially, both senior and junior girls alike. They took the screaming and appreciation to another dimension, it seemed like Tobby had just won a Nobel Peace prize and they were all to be given a share in the accompanying cash reward.
My friend couldn’t return to me immediately after the race, I watched with incredulity as many senior girls garrisoned him, asking him questions excitedly and were trying to buy him stuff; ice cream, sweets, etc. Boy was I inspired to want to participate in sports. I craved the admiration and pampered treatment he got. The girls liked him! Or so I thought. I had wished for a school mother, solely for the help they provided in terms of cash and eatables, from time to time. School fathers rarely gave anything to you, they were of little good (though, I turned out an exceptional school father, to many junior boys and girls, years later. Hehehe.) I saw this as my master plan to escape from the life of invisibility I had, as a regular ‘carton jew-man.’- win a race; all the girls will like me, I'll become popular and live happily ever after!