Ade and Mike have been great buddies since their high school days. Both are in their late 20's, living together in the US and are known homosexuals. Ade's familly reunion that is scheduled to hold in Nigeria happens to be a problem for the two of them because they stand the risk of serving jail term or even getting lynched by a mob for their sexual preference.
The Nigerian government signed the anti-gay rights bill into law and this law could be summarised as follows: That anyone found/caught carrying out homosexual acts would be liable to 14years in prison and also that any person that supports or is a member of gay organisations, associations or club is liable to 10years in prison. The law became effective this year and since then there have raids in which gay people are apprehended mostly in the Northern part of the country. There have also been cases of suspected gay people being lynched. I saw a clip sometime last year in which three University students suspected to be lesbians were stripped and forced to perform sexual acts on themselves in oublic. The International community have frowned at this step taken by the Nigerian government while there are even rumours of some countries threatening to stop giving aids to Nigeria but many Nigerians are of the opinion that homosexuality is unafrican or to be specific 'unnigerian' and that is why gay people in this part of the world seems to be ill-treated.
A few weeks back, former boxing champion Evander Holyfield stated that being gay is not normal and can be fixed and a greater number of the American population started sounding their 'trumpet of criticism'. As criticisms keep pouring in and as more world citizens continue to add their voice to the subject, I think this is like a clarion call to behavioural scientists to conduct experiments on the possibility of psychotherapy as a means of checking homosexuality. Some Nigerians believe that homosexuality is more spiritual than physical, although I am not disputing their view, I believe homosexuality is more behavioural than spiritual. They shouldn't be locked up like the Nigerian government is doing at the moment or lynched as have
been witnessed in some areas but rather they should be HELPED.
Homosexuality is not a medical condition or like some would say 'I was born this way'. No, not that at all. I believe it is more of a mindset thing, more like an experiment carried out by a young child or an adolescent which later turns into a habit and then is forming or has formed the person's character. Someone argued that just like alcohol and drug addicts undergo rehabilitation and become free, gay people should be rehabilitated too.(The prison could be said to be a form of rehabilitation but I don't think the same could be said of Nigerian prisons) As dumb or silly as that argument is to some, I believe there is an iota of truth in it and that just like Holyfield opined, it can be fixed. I am of the opinion that if those 'gay moments' are noticed in a child early, some form of psychotherapy put in place, it could be checked and then maybe the child would grow up to be 'normal'.
Let's put a stop to gay lynching and imprisonment and look at the possibility of psychotherapy as a means of helping this set of people.
----------------------------------------------------
Ikeji, Victor C. Is a writer, blogger and a
lover of 'sofia'. He tweets from
@victorikeji . He blogs from
www.victorikeji.blogspot.com

Hello FMBers .. Its been a while!! Yes I've been MIA, school hash resumed so blogging will be irregular for sometime but I promise to wet your appetitie with
beautiful write-ups every week. Thanks to everyone dat has this blog bookmarked and my readers
Bear hugs. 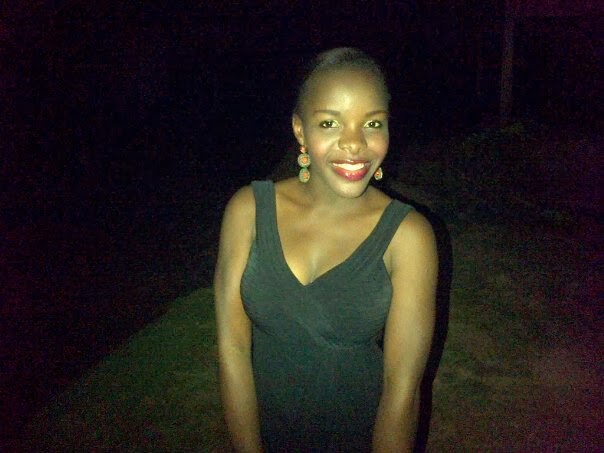