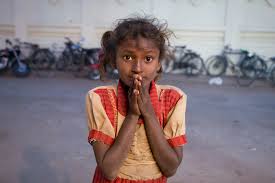 Physical State: Tired.. Tired... Tired...
Thanks to the characteristic drama of the Lagos traffic.
Today had indeed been busy for me. First, I had had to go to a number of places, each further than the former; and then, I had had to endure a brawl between the seemingly emotionally strained bus driver with a typewriter for a mouth(he just kept spewing those curse words non stop), and a passenger who was aiming for something more physical than just the curses.


O! I forgot to include that I had to meet up with my mother. And that was midway through my 'waka' for the day. So,on my way back, in another different bus, I met up with my mother. I had thought, hoped and prayed, that it was finally sometime to rest, but mama thought otherwise.
'Ada, guess what happened today'. I moaned. And once she gave that starting line, you just had to flow.
'Gini mezi'? (What happened?), I asked weakly, hoping she would get the cue. She didn't.
' You know Tobenna 's friends? Those beggars at Cele bridge that he used to give his lunch money to? One of them carried me o! In his Keke.'
At this point, my strength flew in... right back where it had left. Beggars and Keke? I knew those really poor beggars, thanks to my compassionate brother Tobenna who always gave them his lunch money, to my mother's disdain-and they were all physically disabled from the knees below, or so it seemed. So, how did this beggar get money to buy a Keke? How was he riding one normally? Or had he had surgery for his legs?
She seemed to read my mind.
'He has begged enough money from people to buy that Keke nah; and even when I looked at his knees, I didn't see anything o! In fact, he had normal legs!!!!'
'Normal legs? How? ' I asked in surprise. Are you sure he wasn't wearing...
' Normal legs jo!'. She cut in. 'He was even wearing shorts, so I could see them. E don fake am finish, make im money. Abi u no know say even beggars dey hustle? '
I laughed out loud! Yes o! Even beggars ' dey' hustle. I had heard of beggars becoming rich just by begging with strange and fake disabilities, and even as I wondered at what the world had become, I can amusingly say: 'Even beggars dey hustle' .What are you hustling at?

Email ThisBlogThis!Share to TwitterShare to FacebookShare to Pinterest
Labels: The Nurse's Notes