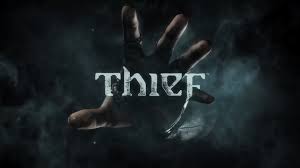 I had a nightmare,
That a thief sneaked in
While the rest of the world slept
And stole the meaning of love
It happened one night many years ago,
Before that, just before nightfall
A daddy had put his hand over a little girl
And he whispered ‘I love you’
She snuggled close, fearless
For the meaning had not be stolen
She knew he was saying that he would protect her
That he would pray for her and provide for her
She could look up to him and put her hands in his.

A courting couple parted ways
Just before the Thief crept into town
Mr Jack walked Miss Jill to her doorstep
And with a goodnight kiss he said ‘I love you’
She said it back, words heavy with meaning
The meaning the thief would soon steal
He was saying, ‘ I will care for you alone and I will give to you’
She was saying, ‘I will be kind-hearted and kind-worded’
They understood it.
Not more had to be said as he walked back to his car.

Over the news, the president had a speech to make’
He talked about  a new project
It would make life easier, cost lighter
It would ensure the citizens were happier
And the future of the nation would look brighter
He ended his speech with a promise
He would work harder and earnestly
For the love of the nation
And families crowded around television sets believed him
They knew he was a patriot
His love would certainly drive his actions
Then they turned the lights out.

It was bed time
The world fell asleep, asleep in my dream
Only I could see the thief move stealthily
Why couldn’t they wake? He sought to take something

He only took one

The meaning; he stole the meaning of the word love
In my dream they woke
To a world where there was love
A ‘love’ that has been robbed of its meaning
Soon after
Daddy stretched his hand to his little girl
He said ‘ I love you with his lips’
But his hands abused
His baby girl did not understand why love would hurt
Especially when daddy was smiling
Maybe, just maybe that was love

Miss Jill woke up Mr. Jack
Mr. Jack infuriated her with every breath he took
So she called him a fool to his face
She only remain because she loved him
His money was an integral part of him. The part she loved most

Mr. Jack loved Mrs Jack. He loved Miss Dainty too
She was such a dainty thing
She smelled so good when she welcomed him on Thursday after work
How he loved her, his love for her make him take and take and take
He couldn’t get enough of his dainty Daisy
And Mr. Jack was such a careful man
His love for Mrs Jack made him careful
A flagrant display of his Unfaithfulness would be insulting to her.

Tsk tsk not a sign of love, not cool
Morning dawned in the government house
And the funds were released to commence the project
All protocols observed the first cheque was signed
The money began the untraceable journey
It went different places
But a lot of it went somewhere far away
To an unknown account, operated by someone
Someone who lived in the government’s house
Of course the lives of the citizen were better for it
The members of the first family are citizens aren’t they?