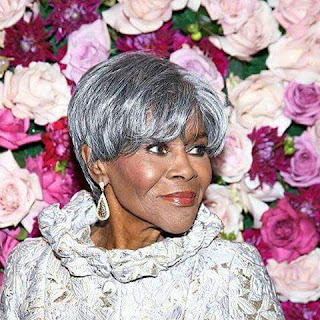 Before I die, I would like to grow fully grey haired and be that friendly, wise, old man with that warm smile, that a young man thinking of leaving his reckless life can safely talk to without fear.

Before I die, I would like to have and watch my toddler do something silly and laugh at it, record the incident, put it on YouTube and share that simple happiness with millions of views.

Before I die, I'd like to catch an unusual inspiration and write a book; not a motivational book per se, a simple book about being human that people of all cultures can read, see themselves in and laugh.

Before I die, I want to be old and hold hands with another old woman, who'd be old, gracious and dignified as CICELY TYSON .


Before I die, I want to have orphanages that are well funded and managed.

Before I die, I'd like to be a loyal friend and find loyal friends who will stick, through all seasons.

Before I die, I'd like to, at one point, buy my mother, everything she'd ever want or think of at that point, even if it's as useless as Michael Jackson's handkerchief from Thriller tour. Anything!

Before I die, I'd like to skydive and land like all those action heroes from the movies, then play in mildly thick, red mud (It's not your body).

Before I die, I want to travel to every continent and meet new people and eat their 'weird' food and quickly spit it out, without them seeing me do it!

Before I die, I want to become very gracious to others, master the art of not judging people by the very many biases in the world, or by their weaknesses and worst moments.

Before I die, I want to gain much influence and use that influence to help fight for many who are being oppressed, harassed, lands seized, and perhaps help some of the very many who are rotting unjustly in prisons.

Before I die, I want to see people I help in some little way, go on to be God's exact dream.

Before I die, I want to tell a wicked boss, "you're fired"; call an abusive male partner and help a lady announce to him, 'You're hereby dumped!'

There are many men, preachers, fathers, brothers, Christians, friends and funny people but before I die, I want to bring to the world around me, my unique expression of God and his love, that I alone, am wired to bring.

And if Rapture occurs before the time, I'd like to say, 'Astalabista baby!', at lift off, just as the dead in Chris are rising, to those who aren't joining the split second flight... (I've always looked for a suitable occasion to say that but so far, I've found none, so I'll wait).

Before I die, I'd like to go ONCE to a very serious board meeting in pyjamas, flip-flops, and a serious face, like I'm unaware of the convention I'm breaking. Then watch all the other board members complain in their mind and be unable to say anything, as I'm the owner of the thing, paying for the service.

Before I die, I'd like to put on national TV, several people eating mango and Coca-Cola, at the same time, without harm for 1 hour-- to rub it in.