Yesterday we wrote the first article on deception. Here is the concluding part.
Lies spotting; there are two patterns of deception .
1. Verbal Dodging - people who are over determined in their denial will result to formal language. Liars will unconsciously distinct themselves from their subjects using language as a tool.

2. Body Language Slip
No mortal can keep a secret. If his lips are silent he chatters with his fingertips. We think liars won't look at us in the eyes but guess what they look you in the eyes too much just to compensate for that myth. We think warmth and smile conveys honesty but you should know that a real smile reaches the eyes while a fake smile doesn't.

Finding hotspots
when having a conversation with someone you think is deceptive, an honest person is going to be co-operative,help in getting the truth,willing and even helps in brainstorming; whereas a deceptive person would be withdrawn,look down,jerky,pepper their stories with too much details.

We know liars shift their blink raid,points their feets towards an exit, alter their vocal tone often making it much lower. Here's the deal, these behaviours are just behaviours they are not proof of deception. But when you see clusters of them that's the signal.  look,listen,probe, ask some hard questions,get out of the comfortable mood of knowing, walk into curiosity mood.Don't be too aggressive it doesn't work.
Note that over sharing is not honesty. When you combine the science of recognizing deception into the art of looking, probing and listening.  You exempt yourself from corraborating a lie.You start up the part of being explicit. You say to everyone around you " hey!!! my world, our world?  is going to be an honest one" and the truth is marginalised. When you do that the ground around you starts to shift a little bit and that is the truth. 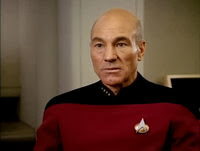