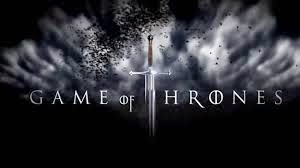 l've heard alot about about Game of thrones series from my friends and i decided to start it, well,i'm still in season 1 and l have made up my mind not to be attached to any character. So here are a few quotes from the movie. Enjoy.

“The man who passes the sentence should swing the sword. If you would take a man's life, you owe it to him to look into his eyes and hear his final words. And if you cannot bear to do that, then perhaps the man does not deserve to die.”

“Never forget what you are, for surely the world will not. Make it your strength. Then it can never be your weakness. Armour yourself in it, and it will never be used to hurt you.”

“There were times—not many, but a few—when Jon Snow was glad he was a bastard.”

“Let them see that their words can cut you, and you'll never be free of the mockery. If they want to give you a name, take it, make it your own. Then they can't hurt you with it anymore.

chaos isn't a pit, chaos is a ladder.Many who try to climb it fail, and never get to try again. The fall breaks them. And some are given a chance to climb, but they refuse. They cling to the realm, or the Gods or love... illusions.
Only the ladder is real. The climb is all there is.