Musings of a thresher;Satan's Sabbath rest 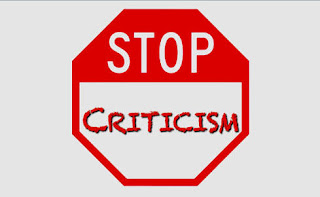 The devil has many descriptions in the bible as per his nature and functions such as Liar, Deceiver, Serpent, Accuser, our Adversary, Illusionist etc. Any little observation of his work in our times prove that he is yet unchanged. None of that is news. However he is not human and so for him to function here on earth, he works through human beings. That also isn't news. It is clear that the devil has a clear agenda against the church. He hates Christianity. He hates christians. He hates preachers. He'll do everything to undermine them. He'll engage every trick and device and his disposal to hinder and undo them. Basically he has foot soldiers who readily carry out this work. In their eyes everything about the church is evil and criticism worthy. This is their standard thought process. Almost every day on Facebook I see this being portrayed. This also isn't news.

The baffling reality is that some christians have volunteered themselves to assist him. They seem to have reduced his workload and they are so willing to carry out his mandate here on earth. Almost every day on social media I keep getting stung by what I see from professing christians. People who seem to have no restraint whatsoever in what they can say about anyone.

Someone listens to one message and feels he's now enlightened and that manifests in his ability to abuse every MoG that isn't preaching it.
You read excerpts from a minister's message and immediately he comes under fire from you for his alleged ignorance.

Men old enough to be your grandfather.

Your own earthly father is a drunk yet you've never mentioned it on Facebook. He's a dubious businessman, cheats on his marriage and has a greatly flawed character. Yet what do we see from you?
"My dad is the best dad in the world"
"Mummy of life"
Compliments and Praises.
Let's not even mention your own life. Whether Christlikeness can be found in your character is another case.

Where is honour? Where is respect? Why are you the one to publish on the streets of Gath and Ashkelon? It's a pity that pride, bitterness and accusations against the church and against ministers have so filled your heart that satan is now at rest because of you. All he needs to do is to dump his thoughts in your mind and your Timeline will be full of his words. It's really such a pity.

You're still growing don't forget irrespective of whatever you think you know now.

Rev. Uche Ume preached a message years ago titled - The prophet called habit. In summary he explained that what you are doing now is a clear indication of what the destination you're headed for will be like. Be slow to speak like the Bible says. Stop your accusation ministry. Leave that for him who wants the church maligned and defeated. If you don't repent then I promise you, you will reap all that you are sowing.

“There are those who curse their fathers and do not bless their mothers;  those who are pure in their own eyes and yet are not cleansed of their filth;  those whose eyes are ever so haughty, whose glances are so disdainful;
Proverbs 30:11-13 NIV

Lord I bless you for the many great ministers that you've blessed Nigeria with. I know they are not perfect but more than that I'm grateful for their labour in ministry which You have used to saved many souls (including mine), heal many lives and to extend the borders of the kingdom even unto many nations. I thank you specially for those who have laboured directly upon my life. Bless them. Keep them and continue to fill their lives with wisdom and revelation.
In Jesus name.
Amen.