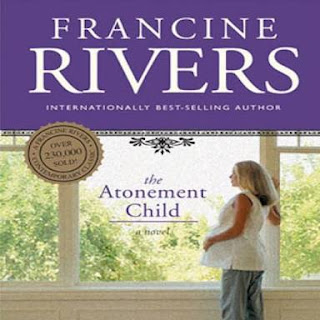 We've now crossed the 58 million mark for aborted babies in America. Hitler exterminated 6 million Jews. Unless there's a turnaround soon, we will have exterminated 10 times that number with aborted babies.-charisma news
Meet Dynah Carey, a bright, attractive young woman whose near-perfect world collapses when she is raped by a stranger in a park.

As horrible as the rape experience is , it is minimal compared to the trauma everyone experiences when it is discovered that Dynah is pregnant from the assault. A student on a Christian campus, she faces the Dean and the rigid rules of the college. Engaged to a pastoral student with a brilliant scholastic record, she comes face to face with his dreams for their future.
Abandoned, she seeks solace from her family and learns love is not always unconditional even from those who espouse the Christian faith . Standing on her own, she comes face to face with God and learns what true love means .
The story addresses the tremendous inner struggles of those who have had abortions and those who are facing them. It is a story of how victims are often victimized and those who need love the most are often forgotten in the fight to save the child .
It is a story of women in crisis andthe realities of what it means to face abortion .

The Atonement Child deals with several complex issues: the question of evil, the pressures of a crisis pregnancy, abortion for the “hard cases,” and the aftermath of abortion.
The Atonement Child is well written, presenting the truth about abortion in a compassionate, nonjudgmental way. Except for one chapter where the characters engage in a lengthy discussing about the fallout from abortion, Rivers successfully avoids the “preachy” tone which can otherwise intrude into the natural flowing of a story. She simply presents her story and allows readers to draw the natural conclusions.
Rivers says she wrote the novel not only for other women who struggle with the aftermath of abortion, but also for pro-life activists. She says she wanted “to help them to understand the sorrow [post-aborted] women feel every day and to have compassion” for them. She believes that thousands of women and men in our nation’s churches grieve secretly over past abortions, afraid to share their feelings with others for fear of condemnation.
P. S. Aside Karen Kingsbury, Francine Rivers is one of the best Christian novelist around.
P. P. S.  If you want a copy of this book, let us know.