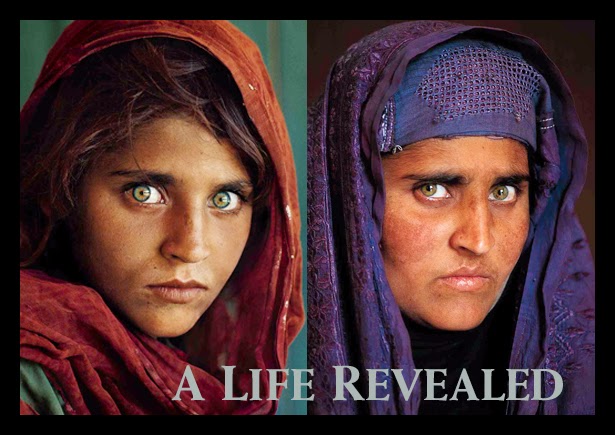 She remembers the moment. The photographer took her picture. She remembers her anger. The man was a stranger. She had never been photographed before. Until they met again 17 years later, she had not been photographed since.
The photographer remembers the moment too. The light was soft. The refugee camp in Pakistan was a sea of tents. Inside the school tent he noticed her first. Sensing her shyness, he approached her last. She told him he could take her picture. “I didn’t think the photograph of the girl would be different from anything else I shot that day,” he recalls of that morning in 1984 spent documenting the ordeal of Afghanistan’s refugees.