I resent religion. Those that practice it feel they are the scepter of God's judgment and makes christianity excrutiatingly difficult. its like a thin person going on a diet.

I believe Jesus came to abolish religion. I mean if religion is so great why has it started so many wars? build huge churches but forget to feed the poor, tell single moms God doesn't love them cos they got a divorce. Religion might preach grace but they ridicule God's people. Its like spraying perfume on a casket or would I say a behaviour modification like a long list of chores.

The church is an ocean were people come to draw the water of grace.Its not a museum for good people its an hospital for the broken. It means you don't have to hide your failures and sins cos it doesn't depend on you but him.

I love the church, I love the bible and yes I believe in sin but the son of God never supported self righteousness not now not then.

So what's your take? religion or christianity? 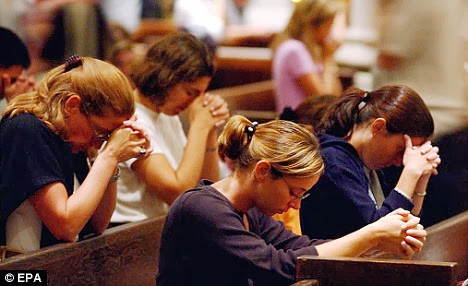