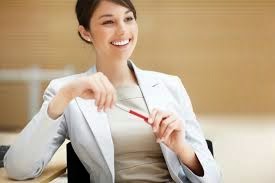 A few weeks ago, I got assigned to a sub group in school where we were meant to design a business plan for a community pharmacy and defend before our lecturers who were posing as venture capitalist. Unfortunately, I was the only female in the group ( dunno how that happened).

The group leader decided we meet everyday at 4:00 for 2hours, but we always show up 30 minutes late except l and Alex (not real name) and of course we have a lil chit chat for 30 minutes everyday.

So the two of us have a chat. It started out innocuously enough, you know, “Hi, you are early again?”

Until about a week later when he clearly thought we’d crossed into ‘comfortable’ territory and threw me a curly one: “So do you have a boyfriend?” Now here’s where things went a bit pear shaped.

“Really? How long have you been together?”

“So you haven’t met the parents yet then?!”

“(Scoffs)Well, er, I’ve only met his mum. She’s really nice. Although shorter than I expected…” (Um What?! How tall is an imaginary mother meant to be?!)

Anyway, as I headed back to the hostel, I tried to figure out why I’d just lied because I might be
many things, but a liar I am not. At first I thought it was because I was cranky and tired and I simply forgot that I’m single. But it’s not like skipping breakfast – you don’t just forget. No, if I’m being really, scarily honest, I lied because I was embarrassed about being single.

Yep, I thought if I told the truth, my friend would look at me like I was the last banana left on the shelf. The one that no one wants to buy because everyone else has avoided it so you assume there’s something wrong with it.

I wanted him to think that someone, somewhere thought I was pretty darn special – as though I couldn’t be pretty darn special flying solo! How wrong is that? Wronger than Miley Cyrus touching herself onstage that’s how wrong. And 99% of the time I know this, it’s just that 1% of the time irrational thoughts take over my brain and I go a bit crazy.

I forget that choosing to be single or being single because you haven’t found the right lover yet doesn’t mean you’re unloved, unwanted and unattractive. It means you’re strong enough to
wait for something that’s truly toe- curling, heart-burstingly ALL OF THE FEELINGS great.

It means you’ve got the confidence to hold out for that someone who knows you’re worthy of taking off the shelf. So the next time I find myself having a 1% moment and losing touch with reality, I’m going to go and play Volleyball or something. You know, give myself an actual reason to be embarrassed.

And in the meantime, how do you think I should let my imaginary boyfriend know it’s over between us? I don’t want to hurt his feelings…

Do you ever have these 1% moments too? I’d love to hear from you. Leave a comment or tweet me