The price of shame. 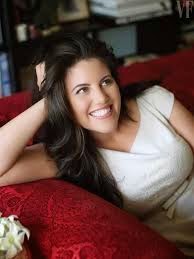 "At the age of 22, I fell in love with my boss, and at the age of 24, I learned the devastating consequences. Can I see a show of hands of anyone here who didn't make a mistake or do something they regretted at 22? Yep. That's what I thought. So like me, at 22, a few of you may have also taken wrong turns and fallen in love with the wrong person, maybe even your boss. Unlike me, though, your boss probably wasn't the president of the United States of America. Of course, life is full of surprises."Not a day goes by that I'm not reminded of my mistake, and I regret that mistake deeply.

These were are words I heard  as I sat down to watch her talk on Tedx which was released three weeks ago. Oh, I'm referring to Monica Lewinsky. Ring a bell? I mean thesame woman that led to President Bill Clinton being impeached.

I comment daily on a lot of blogs and I try not to be nasty with my comments just because I'm privileged to have a PC and hide my identity. As I watched this woman talk about cyber bully a lot of images flooded my mind. Again she says

"In 1998, after having been swept up into an improbable romance, I was then swept up into the eye of a political, legal and media maelstrom like we had never seen before.What that meant for me personally was that overnight I went from being a completely private figure to a publicly humiliated one worldwide. I was patient zero of losing a personal reputation on a global scale almost instantaneously."
"But the attention and judgment that I received, not the story, but that I personally received, was unprecedented. I was branded as a tramp, tart, slut, whore, bimbo, and, of course, that woman. I was seen by many but actually known by few.And I get it: it was easy to forget that that woman was dimensional, had a soul, and was once unbroken. In 1998, I lost my reputation and my dignity. I lost almost everything, and I almost lost my life. "

Its easier to judge people because they sin differently than you and since its a digital world people vent up their frustrations on others just to seek attention.

In september 2010, the internet was agog with the news of Tyler an 18yr-old who jumped to his death because he was being bullied online after his roommate posted a video of him making out with another dude online. She has this to say.

Fast forward to two weeks later while strolling through the ted website I saw an article written by the online editor claiming that immediately the video was released they got over 2,000 hate comments. A woman got angry that her comment was not posted. Wow!!!

A marketplace has emerged where public humiliation is a commodity and shame is an industry. How is the money made? Clicks. The more shame, the more clicks. The more clicks, the more advertising dollars. We're in a dangerous cycle. The more we click on this kind of gossip, the more numb we get to the human lives behind it, and the more numb we get, the more we click. All the while, someone is making money off of the back of someone else's suffering. With every click, we make a choice.

Anyone who is suffering from shame and public humiliation needs to know one thing: You can survive it. I know it's hard. It may not be painless, quick or easy, but you can insist on a different ending to your story. Have compassion for yourself. We all deserve compassion, and to live both online and off in a more compassionate world.