What Feminism means to me. 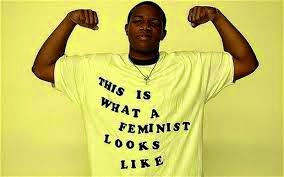 As a kid I knew nothing about feminism. I knew that men were more powerful than women because it was what I had observed, but I had never heard of feminism. Fortunately or maybe unfortunately, I attended a mixed school. But as my hunger for knowledge grew i learnt about the word feminism and might have even considered myself a mini feminist.
But the more I learned about feminism, the more confused I became.
I was proud of women who fought for equality for women, and I knew that I had a lot to thank them for. But as I began to meet other feminists, I also began to realize that feminism did not have a universal meaning, and that I and a lot of feminists were fighting different battles. Wars even.
For me, I dream of a Nigeria where women can go to the police when they are battered by their husbands and not have the police ask, “Madam, but what did you do to provoke him?” I dream of a world where Malala Yousafzai does not get shot in the head for getting educated while being a girl and young girls do not get gang-raped in India while the community watches with their arms folded.
But what I do not think about when I think of feminism is how Instagram is holding me down and not letting my nipple to be free on Instagram, as this to me, is a personal choice, not a feminist one. I also do not wake up in the morning begrudging men and the society for making me wear a bra, just for being a girl. It is my breasts that make me wear a bra, but should I ever decide to not wear one, it would again be my personal choice. Women’s breasts are beautiful, and although they are adored and worshipped by men, I am convinced that having them isn’t a conspiracy by men. A woman asking why men do not wear bras is like a bird asking why fish do not live in nests. We have breasts because we are women, not in spite of being women.
I have no intention of instilling into my daughters that women should be allowed to have all the sex they want with as many people as they want without being slut-shamed, just like men have the same liberty. I will be teaching my sons and daughters to not be whores. Period. I will teach them to not accept or celebrate sexual promiscuity as normal, or fine, or cool because unless they are animals who do not care where they sleep or with whom they sleep, there is nothing normal, fine, or cool about human beings behaving like animals. I will teach them that sexual promiscuity is sexual promiscuity, whether it’s done by a man or a woman. And should any child of mine decide to whore him/herself in the name of sexual liberation, I, myself will be their Chief Slut-Shamer.
I still do not call myself a feminist because I am not completely sure what feminism is fighting for. If I am in a room with women whose sole mission in life is to bare their nipples on Instagram and intake as many penises as they can and we are all called feminists, will one of us not be deemed as raging mad, considering our different modus operandi? And depending on your idea of feminism, any one of us could be mad.
Above all else, however, because it is personal to me, I dream of a world where I will not be considered less significant by the people I love most because I am just a girl. I dream of a day where I would be patted on the back and commended for a job well done, in spite of being just a girl. Maybe I will be told that although I am just a girl, I cannot be replaced by ten thousand boys, not even by ten million boys. I dream of being untold that because I am just a girl, I will be eventually married off to a man whose last name I will bear and be practically useless to the family I was born into.
If I had to come back into this world, I would be blessed to come back as just a girl. And this is what feminism means to me — because I am just a girl.