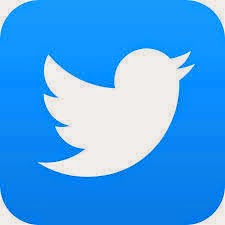 Over 218 million people actively use Twitter, and very few excel at it. Perhaps it's because Twitter dictates that users restrict their brilliance, pathos, wit, bon mots, kvetching, and self-promotion to 140 characters at a time. Maybe it's because some of them aren't real people, they're just bots. And some definitely have to toe the corporate line and eschew any creativity.
What some see as a limit, others see as a challenge, and it's the latter we celebrate here.
They're the Twitter-verse's experts and most readable posters out of the 500 million tweets posted per day. That's about 5,700 per second, with the most ever made142.199 tweets per secondthanks to Japanese users. That's a big step up from 2010 when tweets about the World Cup brought the service to its virtual knees with 3,051 tweets per second.

These are the few I was able to sort out.  Of course, there are many more individuals out there worth following, and suggestions are welcomed in the comments below.

Mallam Nasir El Rufai always has  something to say about any ongoing crisis in the country. It would be remarkable to let you that he posted a video of President Goodluck Jonathan dancing with a woman while the country was in chaos over the missing Chibok girls. The former Minister of the Federal Capital Territory, Abuja from 16 July 2003 to 29 May 2007 is a member of All Progressives Congress (APC). You can follow him on Twitter:@elrufai

Oby, who is a former federal Minister of Solid Minerals and then Education during the second term presidency of Olusegun Obasanjo, is a force to reckon with on Twitter. She is what can be called the political mother and fighter of the Chibok girls. She spits out venom like a man in anger when issues about the kidnapped Chibok girls are left unattended to. Oby Ezekwisili describes herself on her twitter page as a ‘fiercely passionate believer in the public good of nations, serving before leading. Validated by God& my Dad who taught me to never dignify nonsense.’ You surely need to follow this  politician! @obyezeks

Known for his outspokenness and cheap usage of words, Lagos born politician, Adewunmi Abdulateef Fani-Kayode is also an essayist, poet and lawyer. He was a member of the ruling Peoples Democratic Party (PDP). He was with the opposition’s All Progressive Congress (APC) until June 2014 when he returned to the ruling Peoples Democratic Party. If you definitely need hot political updates, this guy is one of the sure politicians to follow! His twitter handle is @realFFK

Linda Ikeji
If you want gossip and entertainment news at a go, then you need to follow this blogger who has carved a niche for herself as the most visited web in Nigeria. She tweets @lindaikeji

One half of Nigerian power couple Fela and Tara Durotoye, Fela is a leadership development consultant, and arguably Nigeria’s most sought after transformational speaker. He’s widely recognized as one of Nigeria’s most respected voices for change, personal leadership and national transformation. Fela is the CEO of Gemstone Group, which consists of the Gemstone Nation Builders Foundation and Gemstone Development & Management Ltd. aimed at “raising a Generation that is Empowered, Motivated & Stirred To Operate with Natural Excellence”. Fela has consistently used social media to fulfill his life’s mission of building leaders of excellence in Nigeria. In addition to his Twitter followers, he has over 173K fans on Facebook.
Fela is a motivational speaker commited to national building and raising leaders at all levels. He tweets @feladurotoye

He needs no introduction. Ace music producer and record label boss is one of the influential people in Nigeria on twitter. Follow him @donjazzy

Nigerian Journalist/ Publisher, actor, motivational speaker and businessman. He is the CEO and publisher of Ovation International,a magazine that has given publicity to people from all over the World, mainly in Africa. He Dele has received numerous awards and has been given recognition for his work in the business world, the music industry, and the fashion industry in which he plays major roles.. In 2011 , He  announced his intention to run for the presidential election of his homeland Nigeria, On 12 January 2011, he emerged Presidential Candidate of the National Conscience Party (NCP). He is very active on  twitter with over 272k followers. You can follow him on twitter @DeleMomodu
Your comments are like butter to my bread.. Pleeeaaassssseeee don't starve me!!! Follow us on twiter HERE like our page on facebook HERE Share this post to your friends, families.enemies infact everyone. FMB loves you.