I have 99 problems and cerebral palsy is one

My name is Maysoon Zayid and I am not drunk but the doctor who delivered me was. He cut my mom six different times in six different section suffocating and me in the process and as a result I have cerebral palsy which means I shake all the time. Its exhausting cos I'm like Shakira,Shakira meet Mohamed Ali.

No one placed a curse on my moms womb it was just an a accident. Also I've got to tell you I have 99 problems and cerebral palsy is one, but if I were to go for the olympics I would win a gold medal.
Alot of people with CP don't work but my parents didn't believe in can't so if my three older sisters were mopping I was mopping, if they went to public schools I did. They believed no dream was impossible.  My father's motto was " you can do it yes you can,can ". My father taught me how to walk by placing my heels on his feet and just walking, another tactic he used was dangling a dollar bill in front of me and have me chase it. So by the first day of kindergarten I was walking like a chap who was punched one too many times.
My parents couldn't afford physical therapy so they sent me to a dancing school, I have tap dance on broadway. I attended Arizona state university and love acting but producers won't give me roles.  Finally in my senior year ASU decided to do a show called the 'dance real slow Jack'its a play about a girl with CP, I was the girl with CP. So I started shouting from the rooftops " I'm finally going to get a role I have cerebral palsy,  free at last, free at last,  thank God Almighty I'm free at last ". I didn't get the part#smiles# Sherry Brown did. I went racing to the head of the theater department crying hysterically and demanded answers she said it was because they didn't think I could do the stunt and I was like "if I can't do the stunt neither can the character ".This was the role I was literally born to play and they gave it to a non- palsy actress.
Some people say I'm the first stand up comic in the Arab world,but I also find it amazing when people make silly comments about me online. One person suggested I add CP to my resume. Funny huh?
One moment that stands out the most was when I got to perform for the man which flies like a butterfly, stings like a bee, has Parkinsons and shakes just like me Mohamed Ali.
My name is Maysoon Zayid and if I can, can; you can, can.
Tags : TED,FMB,Maysoon Zayid. 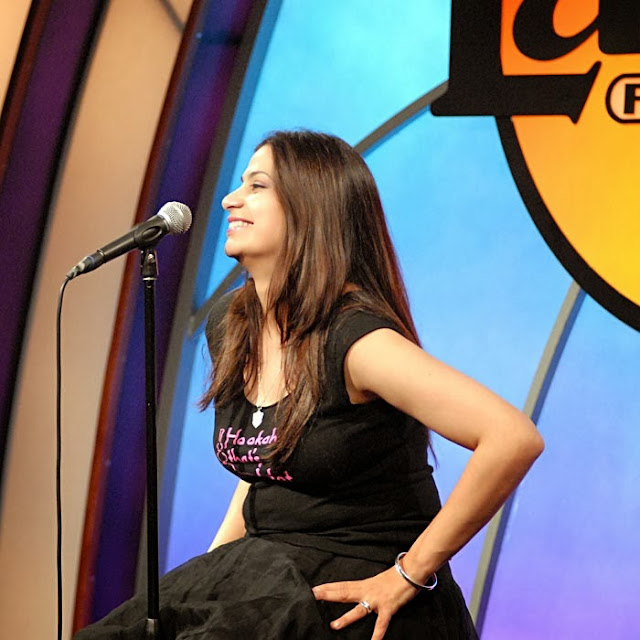