Nollywood and our stories

Last week after a refreshing time out with friends,we decided to watch a movie and one of the girls
suggested a nollywood movie. I objected but was overruled by the majority, so I kept mute and sat down. I don’t have anything against Nollywood but for what it’s worth I admire the resilence of the practitioners who have trudged on with basically no support or structure.

So I tried to keep an open mind about it and enjoy the movie but I couldn’t, it was the same story I had seen a million times; man is broke, man goes for money rituals, man becomes rich, man marries a girl, she can’t have kids, man’s mother comes from the village to torment her for “chopping my son’s money"...etc. At this point l clamped my big mouth lest I get stoned by my friends who were enjoying the movie, and my mind drifted away.

I remembered a TED speech given by my favourite Nigerian writer Chimamanda Ngozi Adichie on “the danger of a single story”. In the speech she essentially was talking about how it’s wrong to judge a person or a people by a single story that we have about them. This single story is just one side to them and certainly doesn’t capture their whole essence. Then I started thinking about how we often complain about the unbalanced reportage of Africa by the western media, but then using our own media and outlets have we
been telling a balanced story of us? Or are we guilty of the same thing that we accuse the foreign media of?
I totally agree that movies should somewhat be culturally relevant, but all there is to Nigeria is rituals? Aristoism? Mother-in-laws tormenting their son’s wives? And people being poisoned? So why are we telling a single story of ourselves. I reckon with people like Emem Isong,Blessing Efiom, and a few who have raised the bar with content but still majority of these movies dwell on the themes I mentioned above. These things do happen,but we have told these stories for too long, there are other stories that we can tell and sell too and make some money as well.

It was said that the renowned late activist Funmilayo Ransome-Kuti floated a political party and at a point even ran for prime minister. I have imagined a movie about her life with an iconic actress playing the lead role. Tell me, would this make sense or not?. Do I talk about the legendary love story of Late Dim Odumegwu Ojukwu and his wife Bianca? Why is it not a movie yet?. The Yar’Adua sickness debacle is a block buster movie waiting to be made. So you see my point, there are other stories to tell besides the ones we are telling currently.

There is a new crop of writers of Nigerian origin, many of which are gaining international recognition,because of the stories they tell about this same Nigeria. Each paints a different but true picture on his/her canvass and the world is beginning to Sit up and look. In another country a book like ‘Things fall apart’ would have been made into a movie several times, we even had to wait for Hollywood to come make a movie out of “Half of a yellow sun” by Chimamanda and in typical Nigerian fashion we had to complain about our actors not getting the lead roles. Nollywood has a lot of jokers, but it also has a lot of very talented people who can really bring it.

These people are often under utilized by the kind of scripts we hand to them. We should stop telling these single stories, there is so much more that we can talk about.
As my mind drifts back to the movie, the mother-in-law ( I am sure you can guess who) is standing
in front of a large mirror chanting incantations, an image of the sons wife appears and she raises a knife……I just got up and left to get myself a drink. 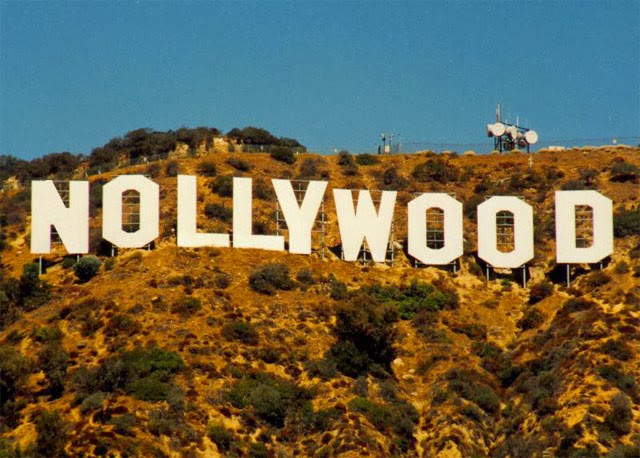